Deaconess Nundu Hospital, Congo, serves a population of over 300,000 on the eastern edge of the Democratic Republic of Congo. The hospital is directed by Congolese physicians and has a long history of partnership with Free Methodist World Missions. In years of war, the hospital campus suffered great losses. Restoration has been ongoing and has brought the hospital into a new day.

In 1971 missionaries Rev. Gerald Bates and Dr. Frank Ogden, journeyed to the western side of Lake Tanganyika to look at land in eastern Congo. “The grass was 5 feet high,” Frank recalls. Aside from a small church building, nothing was there except potential, and, of course, people – lots of people who needed the gospel and medical care. When Barbara, RN, and Jim Stillman, arrived later that year (1971), a clinic had already been started by nationals.  Myra Adamson, RN, came in 1974, expanding the network of rural health clinics and increasing medical services.  Al (and Helen) Nelson lived in tents while beginning hospital construction.  From simple beginnings the work steadily grew. Arriving in 1981, Dr. Tim (and Connie) Kratzer was the first doctor at the newly-built hospital.

Today, Deaconess Nundu Hospital stands as a tribute to early visionaries, bringing medical care to thousands.  Four Congolese physicians are currently on staff.  During the civil war (1996-2006) the 100-bed facility lost vital equipment and its infrastructure was severely damaged, but in recent years many improvements have been made under the direction of Randy (and Alice, RN) Matthewson.  A large, thriving church now stands in place of the tall grass, and a fully accredited nursing school (operating since 1987) occupies its own facility adjacent to the hospital.  Fanning out from Nundu are 21 outpatient clinics, served by national nurses. The hospital and clinics are the most reliable source of medical care for this medically underserved population. 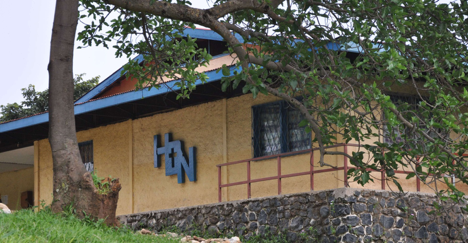