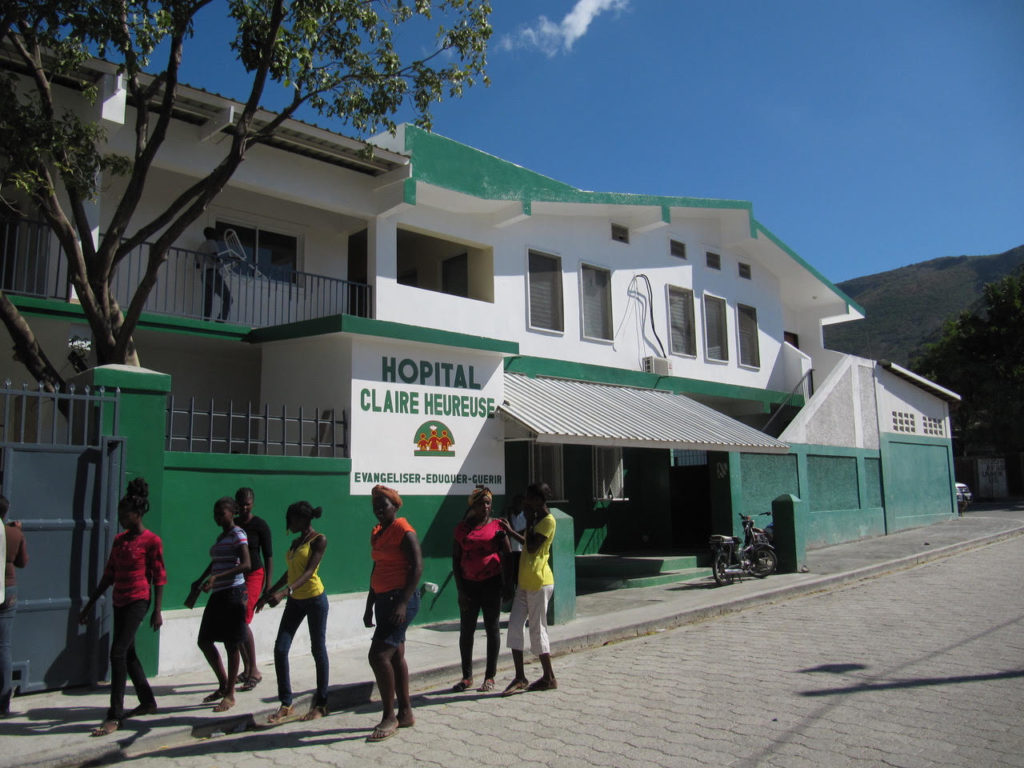 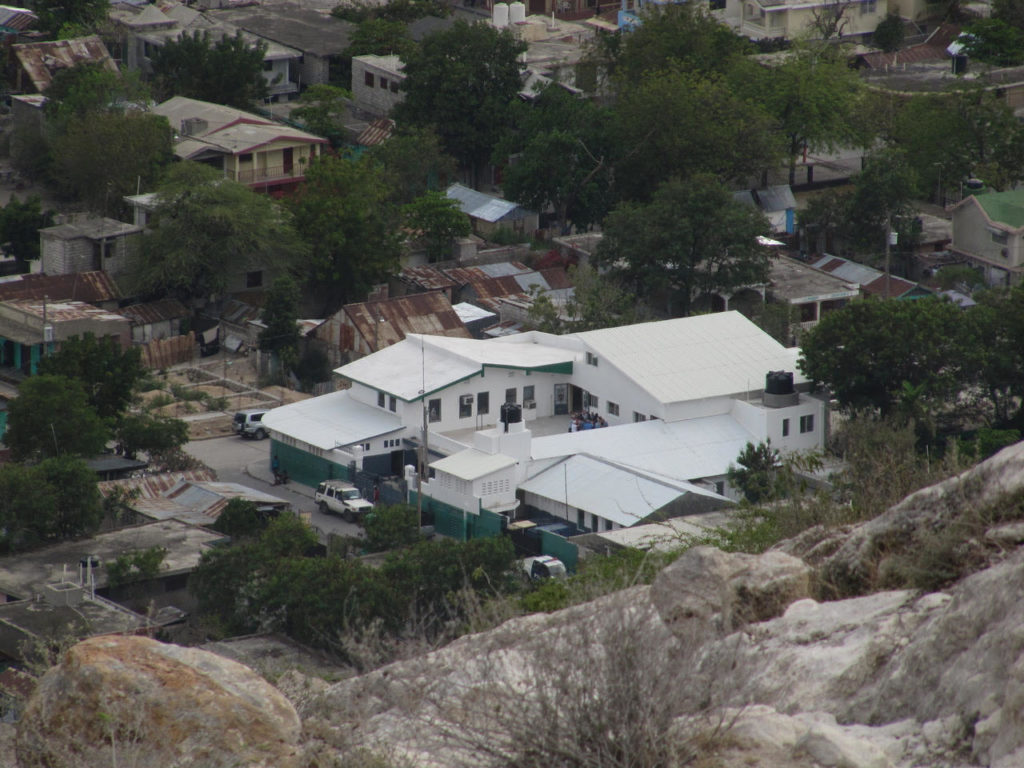 Dessalines Hospital, Haiti, officially known in Haiti as Claire Heureuse Hospital and located in Marchand Dessalines, 100 miles north of the capital Port-au-Prince, first opened its doors in October 1986. Prior to 1986, there had been a small non-functional government medical center located at the same location as the present hospital. In the early 1980’s the local government leadership, because of a sense of respect and trust for the Free Methodist mission organization, approached the Free Methodist National Church leadership asking if the mission would consider taking control of the hospital. At that time, it was little more than a small. unkempt clinic run by corrupt, absentee physicians. After much prayer, consultation and networking, it was agreed that the Free Methodist Church would assume control. As a result, leadership from the Washington-state based Haiti Medical Team, represented by Dr. Dan Morris and nurse Nancy Wachsmith, arrived as the first medical missionaries. They were soon followed by others including nurses Tannis Mealy, Diana Carty and Dr. Jerry Rusher and wife Wanda, and many others in the ensuing years. The building and finance efforts were also coordinated by a group of individuals led by Ian and Alice Van Norman, and friends Denny Brown and Earl Trouten (all from Canada and Canadian Tire Company franchise owners). Their generous funding, leadership and coordination with the Haiti mission organization and Dr’s Kirkpatrick and Elmore Clyde of Free Methodist World Missions of North America provided the energy to not only initiate but to sustain the project. On site coordinators were mission administrator Warren and Della Land, builders and team coordinators Gregg and Gail Ennis, Mr. and Mrs. Schwanz, along with Ian and Alice Van Norman, and Haitian Church leadership represented by Pastor Charite Noel.

Today, as a result of the efforts and prayers of those and others not mentioned above, the Claire Heureuse Hospital, also known to the expatriate world as the Dessalines Rural Health Care Project or D.R.H.P., is a thriving center serving a local population of 250,000. The official Mission Statement of the hospital is to “Heal, Prevent Illness and Evangelize.”

The hospital presently averages 100 outpatient clinic visits a day, has 60 beds available for inpatient hospitalization, delivers 1300 babies a year and has Surgical, Pediatric, Obstetrical and General medical services. The hospital also has a Haitian staff of 87 employees who run and operate laboratory services, X-ray,ultrasound, operate a Red Cross transfusion center and manage an inpatient and out patient pharmacy. There are 10 affiliated outlying clinics supervised by the Public Health division of the Hospital. The clinics are maintained and operated by a staff of 80 with funding coming largely from USAID. Programs include Maternal-Fetal care, Pre-natal Clinic, TB and HIV clinics, a broad vaccination program and basic teaching in nutrition and health. The hospital has an active spiritual outreach program under the leadership of a ful-time chaplain, resulting in an average of 15-20 commitments to Christ per month in recent years. 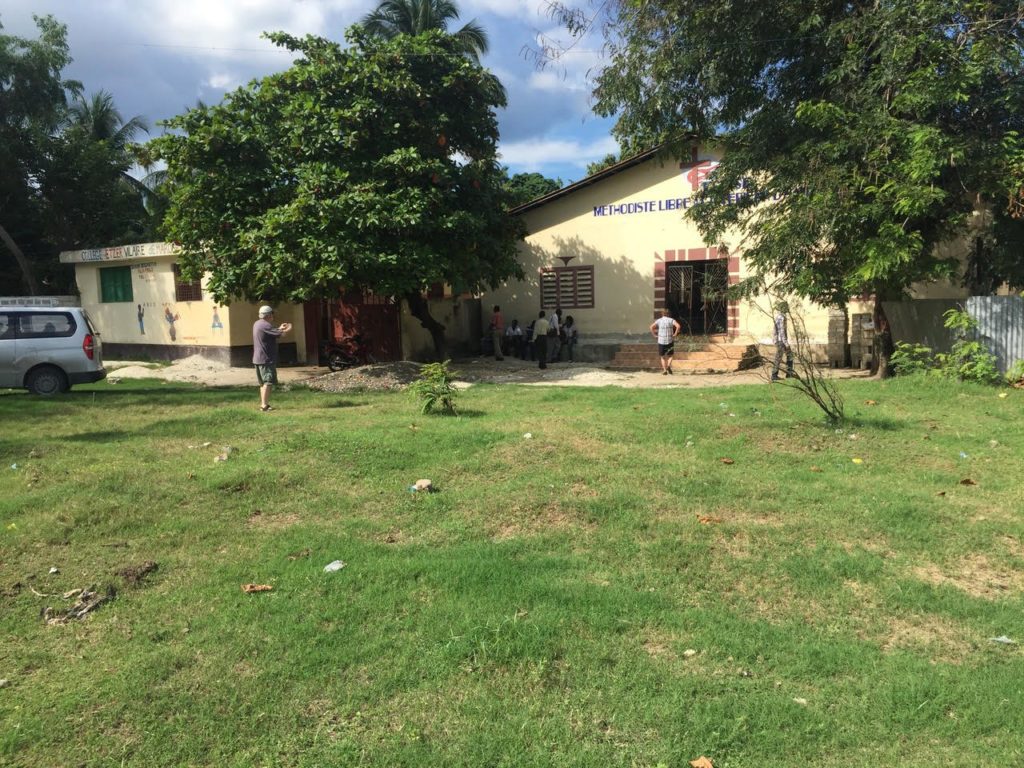