Based on the I-TEC team report prepared by Mike Babst October 2, 2018 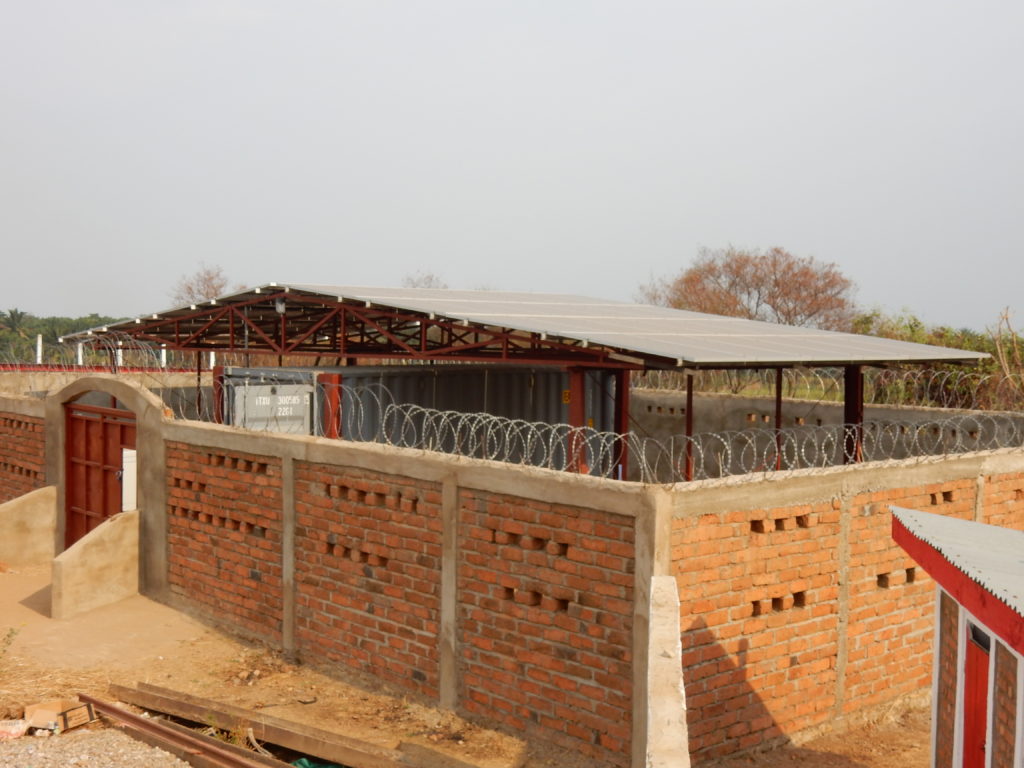 Over two years ago, I-TEC did a survey of the Nundu Hospital to design solar and water purification systems.  The system was built in the spring and summer of 2017, shipped that summer and arrived at Nundu in late November 2017, more than a month behind schedule.  A team had been formed to install the system in October of 2017.  However, civil unrest and the delay in the arrival of the container led to rescheduling the installation for September 2018.

Amazing stories of God answering prayer were reported as the team was reformed and travel was rearranged.  The I-TEC team arrived in Bujumbura Sunday October 23. 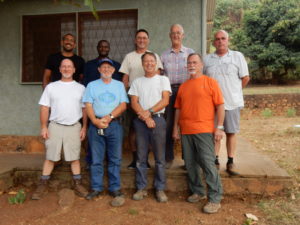 Bishop Lubunga arranged an escort into the Congo, making the border crossing uneventful.  A friend of I-TEC and electrician from Bujumbura, John Riches, provided a Land Rover making travel more pleasant than expected.  All streams were forded without difficulty. 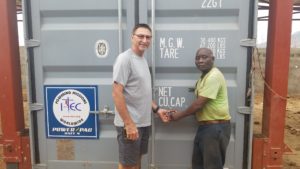 The team set to work immediately, completing in less than seven days, work which we thought would take two weeks.  The PowerPac storage batteries were still in good condition and all the components put together in Montoursville PA  2017 were located in the container. 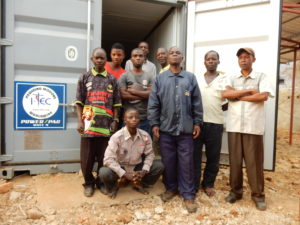 Solar panels were installed on the truss system previously built to specs by a team of  Congolese workers.

New electrical lines were run to the hospital and houses.  The PowerPac system was wired and the back-up generator was put in place.  The water purification system and water pump were installed. 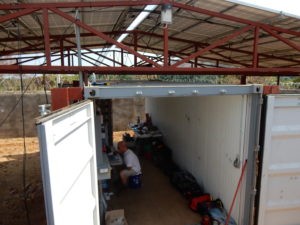 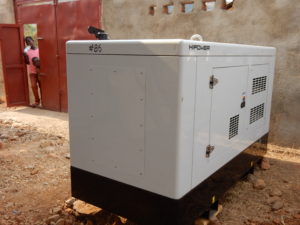 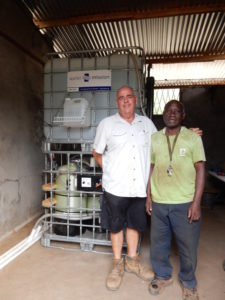 A new dedicated circuit was run to the emergency/ICU room and outlets were installed along with new LED lighting.  Two portable oxygen concentrators were put into service. A new circuit for the x-ray machine was put in place and the X-ray was torn down to identify why it was malfunctioning.   John Riches is hopeful that he will be able to return the machine to working order. Nundu staff were trained in maintenance and operation of the electrical system. 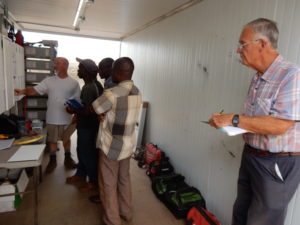 God protected the team from illness and the people of Nundu provided a very warm, friendly reception, always interacting with the team as they would with family.  Free Methodist Church members in the border town of Uvira had welcomed our team, praying for us and serving soda.  Dr. Marx and the hospital staff thanked us for coming.  The Pastors gave a special presentation to the team and brought gifts of rice, onions, tomatoes, fresh eggs and a live rooster.  On the morning before departure the women of the church came and sang songs, presented signs thanking God for us and gave us all shirts.  We were overwhelmed with the gratitude shown by the Nundu people.

Prayer for the team 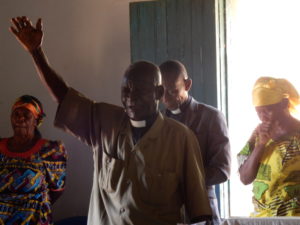 Randy and Alice were amazing hosts.  Randy was up every day guiding the team, even with having malaria.

Update:  To complete the project, Randy Matthewson is overseeing the installation of new wiring and new lights in all the hospital buildings and houses.  God has answered prayer for Nundu.  The plumbing system will also need to be repaired and updated.  Thank you I-TEC for being a part of God’s work at Deaconess Nundu Hospital.  Thank you also to our many supporters, including the Butterfield Memorial Foundation, the Anderson Family Foundation and individual donors.